Have you recently wondered, “Is marriage worth it?” A lot of people ask that same question these days with fewer young adults tying the knot than ever before in the US.

Millions of young adults have seen the ugly side of marriage too. And many of these experiences were up-close encounters as the marriages of their parents, siblings or close friends dissolved before their eyes.

So, it’s not surprising that a lot of questions run through the minds of those considering marriage today. Here are some of the more common ones:

If some of these questions ring a bell, this article is for you. Although we can’t answer them all in one blog post, they’re all related to this topic in some way.

Is marriage worth it? Ultimately, that’s for you to decide. Here are a few thoughts as you work through this life-changing decision.

The Scary Side of the Marriage Statistics

Yes, it’s true there are some scary marriage statistics out there. These less-than-stellar marriage numbers were brought up in Marty Nemko Ph.D.’s ‘Psychology Today’ article entitled A Debate: Is Marriage Worth It?

“55% of marriages end in divorce and many of the other 45% are, as relationship expert Warren Farrell says, psychologically divorced, far from heavenly.”

So, should these stats cause you to run screaming into the night if your long-term date brings up the word ‘marriage’? Not necessarily.

Let’s just say that these numbers aren’t great. According to the stats, a little more than half of the people who get married will end up divorcing. Worse yet, countless more are stuck in unhappy marriages.

The Positive Side of the Same Marriage Statistics

Now that we’ve discussed the bad side to the numbers, let’s discuss the good. Roughly the same amount of marriages don’t end in divorce. And the divorce rate is beginning to drop. It’s more like 50/50 now with some stats saying the divorce rate is as low as 40%.

It really comes down to whether you see the glass as half full or half empty. You could just as easily look at the same stats and say, “Wow. A lot of people succeed in marriage.” Or you could say the opposite.

It’s just human nature to focus on negative data. Deep within us is a desire to protect ourselves at all costs. But sometimes that self-protective tendency gets in the way of us doing something that could be good for us.

Much of success in life means you’ll have to beat the odds, including marriage. For instance, there are always plenty of students competing for the highest GPA in their class. And for every person who gets that dream job, many more don’t.

The same goes for starting a business. Here are some numbers on that:

Do these numbers mean you shouldn’t start a business? Not necessarily.

What these stats should do to an entrepreneur, however, is sober them up quite a bit.

The same goes for those considering marriage. Just like starting and maintaining a successful business, marriage certainly won’t be a cakewalk. It’s extremely wise to count the cost before saying, “I do.”

The fear of failure shouldn’t necessarily keep you from marrying. Rather, it should cause you to try harder. And even if you fail, it isn’t the end of your life. You may have ‘failed’ but that doesn’t mean you have to personally wear the label ‘failure’.

Many entrepreneurs who fail at their first (or second) business go on to success later on. The same could be said of marriages. Perseverance and success bring many benefits with them.

At a Glance: Some Reasons People Find Marriage Worth It

For many people, the desirability of marriage comes down to stability. It can be hard to get far when your life is constantly unstable. A good marriage provides plenty of traction in life. This isn’t to say you can’t be unmarried and stable—you definitely can.

It’s just harder to do so if you value a romantic connection. Here are a few reasons people get married (at a glance). Of course, the emotional connection is often a big motivating factor as well (for good or bad).

Having said that, there are plenty of benefits to not getting married including:

Is Marriage Worth It? Counseling Can Help You Decide

A licensed counselor with a proven track record can help you work through this process.

The OC Relationship Center can assist you with a wide variety of relational and personal improvement journeys. Although we do our fair share of marriage counseling and couples counseling, that’s not all we do. We also provide premarital counseling and individual counseling.

If you could use some professional advice about marriage or relationships, feel free to get in touch with us. Scheduling an appointment is quick, convenient and confidential. 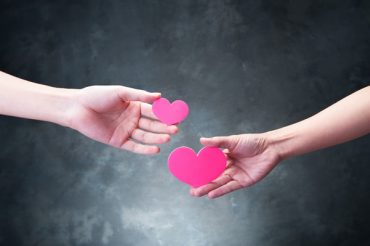 Are Your Expectations Too High? It Can Ruin Your Relationship!

November 20, 2018
The high expectations you set for your partner may be killing your relationship. Whether these expectations…
Read More 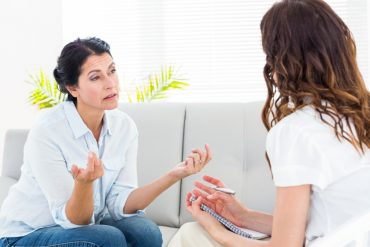 Do I Have Depression or Not?

August 5, 2019
If you’ve been struggling with ongoing feelings of sadness for some time now, it’s common to…
Read More

From Friendship to Romance

March 24, 2015
This issue is very debateable…can a friendship turned romance survive, and if it doesn’t, will the…
Read More