All’s NOT Always Fair in Love and War … But it Can Be! 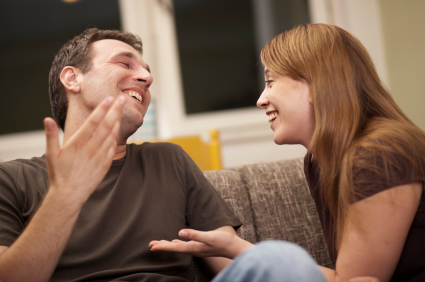 It’s funny how we often reserve our nastiest jibes, blame, sarcasm and even insults for those we love most. Think about the way you sometimes speak to your partner in anger and imagine using that tone with a colleague. Most of us wouldn’t (though there are certainly exceptions—and chances are, those aren’t the colleagues we respect). So why do our manners and common sense about constructive, appropriate language often go out the window when we’re home?

Home is a place where we let our guard down, which is usually a good thing—we shouldn’t have to work hard at impressing our partner day in and day out. But that doesn’t mean forgetting they have feelings that can be hurt by snide comments and ugly language—which will probably result in one of the following scenarios: (1) Your partner learns to avoid engaging with you and walks on pins and needles when you’re around, or (2) reciprocates by hurling insults and accusations of their own. It’s a terrible way to build trust and respect. Meanwhile, if you have kids, they suffer the emotional consequences of hearing their parents hurt each other while learning poor communication skills by example.

It’s a normal part of being in a relationship to get angry and frustrated, and it’s healthy to express those feelings. But you can control your words and tone.

When arguing, however, prevention is still the best medicine. You might not be able to prevent the argument itself, but you can prevent unnecessary rancor by making an effort to mind your p’s and q’s with the people you care about most.

If you and your partner find yourself arguing and hurting each other, and can’t seem to stop the cycle, please give us at a call at 949-393-8662 or schedule an appointment via our online calendar. We at the OC Relationship Center are here to help you.

January 14, 2015
Do you ever see a problem coming a mile away—a potential conflict between you and your…
Read More