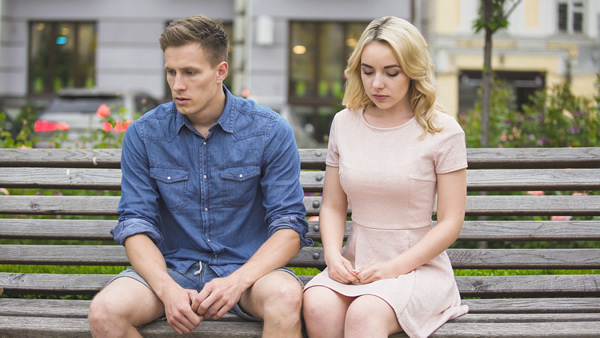 When You Feel Guilty for Having Dumped Your Boyfriend

Did you recently dump your boyfriend? If so, you’re likely feeling a variety of emotions right now. But one you’re almost certainly feeling is guilt.

While the one on the receiving end of being dumped may feel rejected, wronged or even betrayed, you’re struggling in a different way. You’re possibly feeling a bit like the “bad guy”. Like the one who inflicted the pain.

Breakups are never easy regardless of which side you fall on. If you’re feeling guilty right now for having broken up with your boyfriend, here are some important things to keep in mind.

In the Long Run, Having Dumped Your Boyfriend is Best

Yes, in the short term, you may feel horrible. But there are valid reasons why the relationship had to end. Mingled in with the good times were too many bad times.

The instant gratification side of you wishes that things could’ve been different. There may even be a part of you that pleads for your relationship to be restored. But that is likely short-term thinking.

You had to make this tough decision now because you were thinking of the long-term. You didn’t want an unhappy relationship to potentially lead to an unhappy life for many years to come.

While you’re in for some emotionally turbulent times now, remember that you’re choosing a healthier life for your future. And, right now, your future is where you need to focus.

Feeling Guilty for Setting Boundaries After Breakup with Your Boyfriend

You might eventually wind up being “just friends” with your former boyfriend later on. But in order to transition out of your relationship there’ll need to be some intentional boundaries put in place.

After the guilt of the initial breakup, there can be the ongoing guilt of keeping the relationship apart. This can feel like you’re tearing yourself from your ex-boyfriend and it can be really painful.

But that pain shouldn’t lead you to feel guilty. Remember, as said earlier, you had to focus on your future. So, if that means cutting ties on social media or setting phone and texting boundaries, that’s something you don’t need to apologize for.

As emotionally difficult as it is, these steps naturally have to happen. You should never feel guilty for steps you need to take to improve your well-being.

You May Need Some Outside Help to Get Through This

Especially if you invested a lot of time and effort into your relationship, breaking up with your boyfriend will be extremely tough.

You may find that your support network is inadequate to help you address your feelings of hurt and guilt. Such struggles aren’t uncommon.

January 21, 2015
How to Start over after a Spouse’s death or after Divorce — Ways to Avoid…
Read More

Looking for love in all the wrong places: 3 common dating mistakes

February 22, 2015
There are a lot of clichés about the challenges people face when looking for a mate,…
Read More

The Right Way To Talk About Your Past Relationships

February 15, 2017
Depending on your past, it can be awkward to bring up previous relationships. You may feel…
Read More