The Cost of Avoiding Conflict … It Could Mean Your Relationship 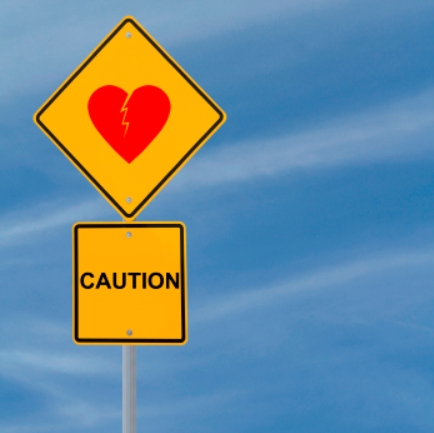 A friend once told me about a couple he was friends with, “Bob” and “Julie,” who were arguing over Bob’s recent purchase of a cappuccino maker. This was no ordinary cappuccino maker—the price tag was close to $2,000. He never discussed his plans to buy it with Julie, and she knew nothing about it until she found it sitting on the kitchen counter. She was hurt by what seemed like his utter selfishness and concerned about how they were now going to pay the bills they had coming up in the near future.

She barely had time to raise an eyebrow before Bob’s defensiveness set in. He explained that had been working so hard lately to improve his diet, get in shape and give up so many of his other vices—from Scotch to cigars—that it seemed only fair he should be allowed this one indulgence.

The latter statement gave Julie pause. She had been impressed, even touched, by Bob’s determination to get in shape, stop drinking and leave the cigars behind. She still knew they couldn’t afford a surprise $2,000 purchase—but now she felt like a nag if she continued to complain.

What ensued over the next several weeks would have looked like the plot of a mediocre sitcom, but with no clean resolution in the end. Julie made a show of looking distraught and commenting under her breath about how hard it was to pay the bills this month every time she opened the mail. Bob, meanwhile, made cappuccinos with a vengeance. Every time anyone stopped by for a visit, he made them frothy drinks and talked through them straight to Julie, making his argument again and again: “It wasn’t cheap,” he would say, “but you know, I’ve given up sugar, alcohol and cigars. A guy’s got to have one indulgence.”

Privately, Bob knew he’d blown their budget on a purchase that was largely impulsive. Julie, for her part, continued to seethe. She felt resentment every time she walked by it in the kitchen. Still, she kept her mouth shut.

What amazed me about this story, although it’s entirely too common among couples in my practice, is how Julie and Bob were both invested in sweeping the problem under the rug—not just for another day, but possibly forever.

Left unchecked, a couple’s habit of avoiding conflicts can put them on a slow collision course towards breakup—because chances are, this is not the first time one or the other has made a bad choice that hurt the other and refused to admit it or apologize, or the injured party choose to seethe and grumble rather than express their anger. It certainly doesn’t have to be over an impulse purchase; it could be one of them arbitrarily deciding their child no longer had to go to math tutoring; or one inviting a friend the other partner actively dislikes to a family event. We do these things because they feel right to us at the time, hoping our partner won’t mind—but in truth we already know it’s not going to fly over very well. It’s like that old cliché: a parent demands to know why a child didn’t ask permission before doing so-and-so, and the child indignantly replies, “Because I knew you’d say no!”

So Bob didn’t tell Julie he was buying a cappuccino machine, much less how much it would cost. Julie was furious but didn’t want to be the bad guy. Bob didn’t want to admit his mistake by apologizing and instead continued trying to justify it. At no juncture in this scenario did either partner make an effort to express their true intentions or resulting resentments about what nearly became a watershed conflict between them.

Couples who fail to communicate over the hard stuff are left, when they do talk, with little but polite conversation that barely scratches the surface of what’s really going on in their shared lives. So my advice is this: choose your words carefully but not too carefully, and when something’s bothering you—or you suspect you need to talk it over, even if you’d rather not—those are the issues that absolutely need to see the light of day. Honesty, even in the face of conflict, is a core ingredient of intimacy and makes you a much stronger couple in the long run.

If you and your partner are having a hard time facing the music and communicating through conflict effectively, consider enlisting the help of a therapist. A relationship counselor can work with you to help you understand each other better. Sometimes it takes the insight of a professional in order to see things differently, and begin to work toward resolving conflict that has been left to fester. If you are considering couples counseling, please give the counselors at the Relationship Center of Orang County a call today at 949-393-8662, or book your appointment via our online calendar.

Does it Matter Who is the Breadwinner in the Family?