Wives and mothers-in-law: friends or rivals?

When Michelle Obama’s mother moved into the White House along with the First Couple to help care for her young granddaughters, it provided easy fodder for late-night comics. The premise was that having Obama’s mother-in-law—any mother-in-law—living in the house is a man’s worst nightmare.

In most people’s experience, however, it’s more common for wives to butt heads with their in-laws than for men. There are a lot of sound reasons for this. For one, women are more likely to have experience setting boundaries with their own mothers, a holdover from teenage years when they spent a lot of anguished energy trying to establish their independence and sense of separateness from their moms. This is not necessarily true of boys, who may be blindsided as married men when their wives resent that his mom is always dropping by to give helpful hints about the “right” way to load the dishwasher.

Of course, wife/mother-in-law issues can run a lot deeper than housekeeping. One of the most serious issues a wife and her mother-in-law clash over is childraising. If his mother was a stay-at-home mom, she might disapprove of her daughter-in-law’s choice to continue her career after the kids are born, or vice versa.

Meanwhile, the husband feels caught in the middle. He wants to be loyal to his wife but he feels a deep connection to his mother as well; psychologically speaking, she was his first love long before his wife entered the picture. Choosing sides between his wife and mother is not a place he wants to be, and that’s when it can become not just a wife/mother-in-law problem but a marriage problem.

So what’s a couple to do? First you talk about it as man and wife. This may not always go smoothly, but if you can at least get the issues on the table, you’ll better understand each other’s gripes, fears and hoped-for outcomes. It’s a start. Second, he needs to show his wife that he’s on her side and be firm with his mom—telling her, for instance, that while they love Thanksgiving at her house, his wife has been dying to host it at yours this year. Better yet, put on a united front and he tell her you both want to have it at your house. He should try and make her feel as wanted and included as possible but stand his ground, even if she acts hurt.

Third, wives and mothers-in-law should communicate directly with each other when problems arise. If your mother-in-law criticizes the rules you’ve set for the kids, the place of worship you attend or the color you painted the living room, don’t always run to your husband to complain. Simply tell her that these are decisions you’ve made as a family, although you respect that she would do things differently. In truth, it’s only fair to respect her feelings; if she has deeply rooted feelings about religion, how children should be raised (or heck, even interior decorating), she may be genuinely disappointed her to see her husband’s new family living in a way that differs from her expectations. However, she owes you the same respect, and if you stand firm, she may learn to hold her tongue. If possible, look for areas where you do have common interests so you can at least change the subject when points of contention arise.

If friendship is out of the question—and face it, you are in some ways rivals for the same man’s affection—then try at least for civility. The next time you feel the tension rising, remember this famous quote attributed to Mother Teresa: “Peace begins with a smile.”

Make your married life more meaningful. Our Orange County relationship counseling services can definitely help you. We look forward to connecting with you.

May 8, 2018
As to whether or not a mom should take a break after having a baby, that’s…
Read More 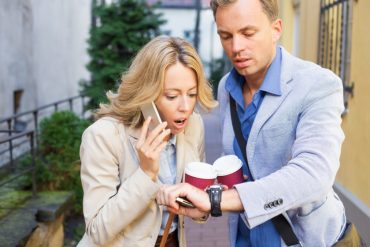 How to Make a Relationship Work: 5 Tips for Busy Couples

August 28, 2019
If you’re wondering how to make a relationship work, one of the keys is having adequate…
Read More

May 30, 2014
Many couples already understand that listening to each other is critical to building and maintaining a…
Read More