Angie and Scott, who live in Atlanta, have been dating seriously for about a year. One day, Scott comes home with big news: he’s been offered a new job…in San Francisco.

For Scott, the opportunity is a no-brainer—it’s a promotion and exciting change of scenery—and Angie’s happy for him. But what does it mean for their relationship?

They have talked about one day moving in together and eventually getting married. But a cross-country move introduces pressure into decisions they might or might not be prepared to make—and certainly shouldn’t take lightly. If Angie is considering making the move with him, here are a few questions each should consider:

Are there any false assumptions at play?

Angie may be head over heels in love and willing to follow Scott to the moon, but before she starts apartment hunting, she needs to know this is what he wants as well. If he doesn’t explicitly say that he envisions this as a joint move, she needs to ask outright—and he needs to answer honestly. He needs to understand that she might be giving up a lot to move cross-country, so giving lip service to the idea of having her join him is not enough. It’s a major commitment for both, and they need to do an honest assessment of their relationship before making such a big decision.

Part of that is making sure that whatever you decide, it is for the right reasons. By no means should Angie move to San Francisco­ because she’s afraid of losing Scott, only to find out months down the road that he still has lingering ambivalence about the relationship (and here she is, stuck in a strange city).

How Does Each of You Handle Change?

Are you the kind of person who embraces new environments, or are you more change-averse? Now is a great time to think and talk about this, when it’s relatively early in the relationship. If it turns out Angie had planned to stay, marry, build her career and raise children in Atlanta—whereas Scott has a streak of wanderlust—discovering this difference in personalities now is probably a blessing in disguise. Does Scott see San Francisco as a permanent move, or does he hope to move back to Atlanta after a while? Maybe it’s neither—he’d be happy to keep moving every few years in search of better career opportunities and new adventures. If it turns out they’re near-opposites in that respect, each should think long and hard before committing to a life together.

Do you have realistic expectations for the transition?

If Angie and Scott do decide to move to San Francisco together, they need to find out—and talk about—what that is going to look like, at least during the transition. With a new job in a demanding field, does Scott expect to be working long hours—and is Angie prepared to be understanding of that and find ways to keep herself occupied in the new city? If she’s career-oriented, does she feel good about her job prospects there?  At least at first, she’ll face a different set challenges than Scott without a job awaiting her on day one and the built-in professional network that comes with it. She needs to go in with eyes wide open to avoid becoming resentful that his transition is easier in some ways, though also more demanding of his time.

If they are honest about their expectations, it could be one of the most exciting moves of their lives. If, instead, they discover a hidden but serious area of incompatibility, it will be a painful realization but one they’re better off facing now rather than later. The good news is they’ve each gained valuable insight into their personal visions for the long-term, which should help in building future relationships. Dating is always a learning experience, if you let it be, and we should embrace the challenges along with the good times for what they can teach us. 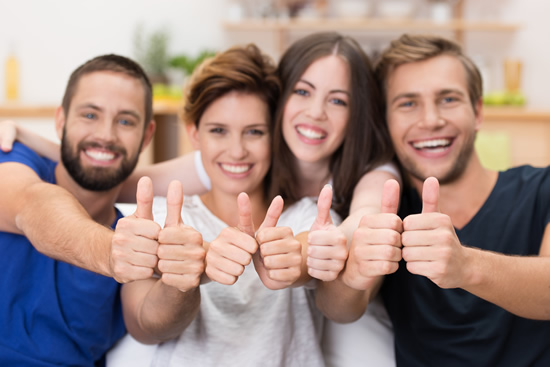 Staying Friends After a Breakup

April 30, 2018
Do you desire to stay friends after a breakup? Although that isn’t always possible, many have…
Read More