How to Handle Running into Your Ex

Running into your ex can be a stressful, unpleasant encounter. Especially depending on the events surrounding your breakup, it can be one of your greatest fears.

While there’s no way to guarantee you won’t run into your ex again, there are some things you can do to make such unexpected encounters less stressful.

Here are a few ideas to help you prepare for the next time your paths cross.

just admitting that something is difficult makes it easier. This can be true of many scenarios in life including grief, public speaking, as well as running into your ex.

You can admit to yourself and possibly to your ex that “this is awkward.” He or she will probably agree. An interaction like that will lighten the mood. You might even get a smile or laugh out of the situation by admitting the truth.

Doing so won’t make the potentially unpleasant feelings go away. It will, however, help you to loosen up and relax some. And relaxed, non-defensive people make better decisions.

A chance encounter is the worst time to let your emotions get out of control. You both already happened upon each other. You both were caught off guard.

Both of your brains and bodies have signaled high alert. Those defenses came up without you even thinking about it. The adrenaline is going.

Now could be an easy time to rehash old problems in a not-so-pretty way.

After admitting that the encounter is awkward, do your best to keep the conversation short. Keep things “businesslike” even though that may be the last thing you feel like doing.

Another good idea is to avoid physical contact a much as possible.

There’s a reason you broke up. You and your ex likely hashed the thing out many times in your mind since and in person. Doing so now won’t fix anything.

Work at Forgiving your Ex

When there’s a breakup, both parties are left with some baggage. Both sides feel some level of being wronged.

We tend to hold onto these hurts and stew over them. It’s easy to minimize our own failures and magnify those of our ex.

Although there will be an inevitable stage of anger and loss following a breakup, holding onto these feelings too long isn’t healthy.

In time, for your health and the wellbeing of others, you’ll need to let go of your hurts.

For many, this isn’t a one and done decision but a daily one for a while. Without letting go of the hurts you experienced, you become a self-imposed prisoner.

You’ll eventually need to choose not to relive hurts in your mind. You’ll have to get to the point that you refrain from badmouthing your ex as this only causes unforgiveness to grow again.

Letting go of hurts doesn’t mean denying they happened. It does mean that you choose life and health for yourself and others. Doing so will make those unexpected encounters with your ex more bearable.

Doing so will also set the groundwork for a healthy relationship with your present or future significant other.

Still struggling with a past relationship? We’re here to help whenever you have the need.

If it is time for you to schedule your individual appointment, you can do so online using our online scheduling tool, call us at (949) 430-7269, or text us. 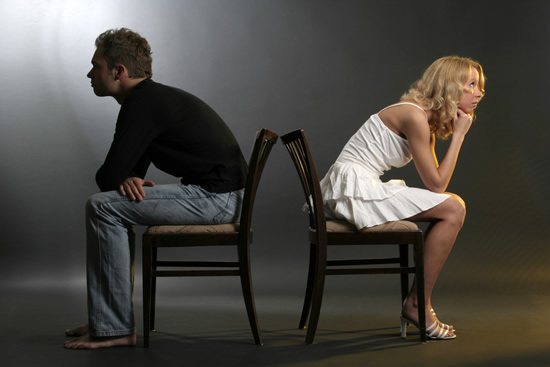 Coping with Depression After a Breakup

April 6, 2018
A break up is a very stressful life event and can lead to depression in some…
Read More

Do You Want to Create Drama or Memories?

January 30, 2018
Hopefully, everyone answers this question by choosing “memories” when it comes to their significant other. But…
Read More

Know the Importance in Getting Time for Yourself

November 30, 2015
It doesn’t matter if you’re a stay-at-home mom, a career woman with children, a day care…
Read More