Are they Looking for a Committment? 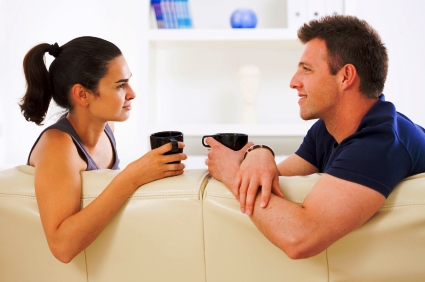 In the acclaimed 2013 film “Blue Jasmine” a character named Ginger, played by Sally Hawkins, is convinced by her sister into searching for a more upper-crust kind of guy than the one she’s currently dating. Just when she thinks she might have found one, she learns he’s married.

It’s a heartbreaking scene, partly because in that moment, the viewer and Ginger alike realize that the guy never really even lied about it. From the start, he openly presented the relationship as a fling between two free spirits—no strings attached. She made the mistake of assuming it was headed somewhere else.

So when it comes to the age-old dating question, “how do I know if he or she is ready to commit”? The answer is, “when they tell you so, and not a moment sooner”.

Ginger’s is an extreme example. It is fair enough to assume that a man pursuing a woman romantically is at the very least single, and even a lie of omission about one’s marital status is clearly a no-no. Yet there are plenty of single men and women who are interested in dating you but have little intention of committing or even making the relationship exclusive.

If commitment is what you’re looking for, here are a couple of simple rules to remember:

First, unless someone says they want to date you exclusively and work towards a committed relationship, assume they’re not. If you’re okay with that or willing to enjoy the relationship as it is without quietly building false hope, that’s great. It isn’t to say that he or she can’t change their mind; after all, few people decide to spend the rest of their life with someone after a first or second date. However, if time continues to pass and you reach a point where seeing him or her out on dates with other partners becomes a problem, you need to have a talk and clarify their intentions. It’s the best way to protect your own feelings and keep your self-esteem intact.

If, on the other hand, someone says they’re madly in love and can’t wait to get married and raise children with you and yet you see disturbing clues to the contrary, you need to confront the warning signs right away. Plenty of men and women throughout time have presented themselves as available and ready to commit when in fact they are (a) already in another relationship, or (b) are willing to say anything they think you want to hear. So if a partner gives you the impression an engagement ring is imminent, but your best friend reports having just seen them holding hands over a long lunch with another man or woman or you find a mysterious pair of underwear in their apartment, don’t ignore the warnings. If your partner says these are misunderstandings, then you can always take a “trust but verify” approach, but at the very least you might need to be on guard for a little while.

So if you find yourself ignoring your partner’s own words (“I love spending time with you, but I’m not looking for a serious relationship”) or downplaying signs that you’re not the only one in their life (lots of sneaky behavior, unexplained absences and convenient lies), it’s time to take inventory.

Don’t let your hopes win out over common sense — you deserve better! If you need to discuss your situation with someone, reach out to the professional counselors at the Relationship Center of Orange County. Call us today at (949) 430-7389, or schedule your appointment through our online calendar.

February 13, 2014
For it was not into my ear you whispered, but into my heart. It was not…
Read More

September 30, 2013
It doesn’t take a psychologist to know that our parents have a tremendous impact on the…
Read More