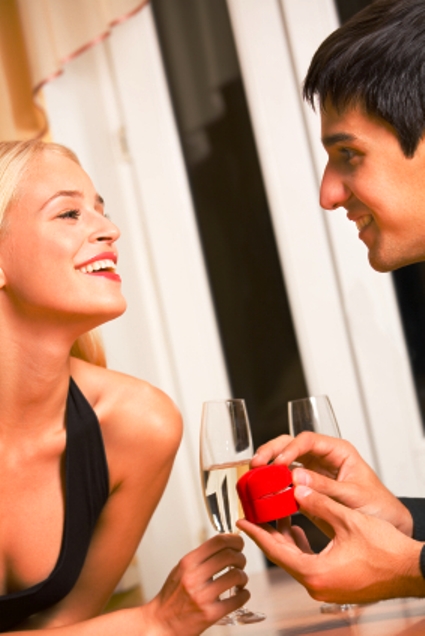 When people fall in love and begin to consider marriage, nothing seems less romantic than discussing the potentially thorny issues that are likely to crop up down the road as their relationship progresses. After all, isn’t a little mystery a good thing? No one wants to treat a future engagement or marriage as a potential business merger.

However, I believe some questions are far too important to leave to chance. Even when you feel sure that you’ve found the one and that you already know each other better than you dreamed possible, you’d be amazed at some of the differences in wants, dreams, beliefs and values that somehow slip through the cracks during the dating stage.

Here are four of the most important things couples should discuss before they consider making a lifetime commitment to each other.

I’ve heard too many stories about couples getting married and one finding out only after the fact that their partner holds significant debt and other financial liabilities. To be clear, I am not suggesting that people should make decisions about marriage based on how much money they do or do not have. In fact, quite the opposite; if in the process of discussing your finances you begin to suspect that your partner’s affection is based disproportionately on their expectations of your wealth, that should give you reason to pause. But, you should try to begin your lives together with eyes wide open, maybe even put together the beginnings of a financial plan.

Sounds pretty obvious, doesn’t it? Yet I meet plenty of people who have always wanted children and just assume their partner does, too. Or, even worse: Imagine you have always wanted children, but your partner has repeatedly expressed that they do not share that dream. Yet you are sure that one day he or she will have a change of heart. That is a mistake. The key to discussing these issues ahead of time is being willing to listen and take the other person at their word, rather than holding false hopes that they’ll change their feelings to suit yours.

The average age for first marriages in the United States is 27 for women and 29 for men. Both ages are higher than they have ever been, but for many these are still relatively carefree ages that fall vaguely between post-college and “real adulthood.” For that reason, religion, though it may be important to them in the bigger picture, is not very high on their radar at this point in life. That makes it both tempting and easy to dismiss the fact that one is a Catholic and the other a committed atheist, or one is a Presbyterian and the other Jewish, and on and on. Yet down the road, if the couple has children and one wants them baptized while the other wants a bris…this can become a tricky issue indeed.

It isn’t just children who make religious differences challenging territory. For many, church, synagogue, mosque or other places of worship can become important avenues of one’s social life. For the inter-faith couple, instead, it may become a point of long-running tension.

This is sort of a catchall for the various remaining subjects I believe couples should address before making a lifetime commitment. Do you enjoy living where your live now, or do you expect that one day your job, desire to live closer to aging parents, or other factors will take you elsewhere? It is not uncommon for one partner to be change-resistant and expect to live out their life in the same place, where the other has an inborn wanderlust that will pose conflicts in the future.

Along the same lines is the discussion about money. Some people aspire to upward mobility and assume (there is that word again!) their partner does, too. Ten years later, when they still can’t afford that bigger house, new car or dream vacation—and it turns out one is more or less fine with that, while the other is growing frustrated or resentful—well, that’s a conversation that’s definitely years over-due.

Of course, we all know that the best-laid plans, even when made with clear understandings, don’t always go the way we expect. That is where the traditional marriage vows about “for better or worse, richer or poorer, and in sickness and in health” come from. Circumstances will change; people will change course; life happens. But, the more open you are from the start, the better your chances of sticking it out through good times and bad.

If you think counseling with a professional therapist would help you talk through these issues and others prior to marriage, please give us at a call at 949-393-8662 or schedule an appointment via our online calendar. We at the Relationship Center of Orange County are here to help you.

Is Infidelity a deal breaker?

March 24, 2016
Infidelity is one of the most common reasons for divorce. Some people feel that infidelity is…
Read More 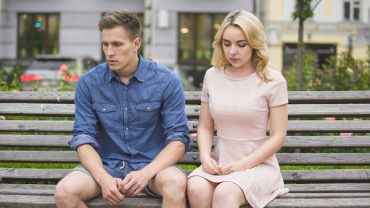 When You Feel Guilty for Having Dumped Your Boyfriend

December 13, 2018
Did you recently dump your boyfriend? If so, you’re likely feeling a variety of emotions right…
Read More

Are Pet Conflicts Putting Strain on Your Relationship?

September 6, 2013
Much like children, having pets brings a lot of joy into a household. Unfortunately, also like…
Read More