Dating after Losing a Spouse

Are you considering dating after losing a spouse? If so, you likely didn’t arrive at that conclusion easily. You just experienced what many consider to be the most difficult challenge someone can go through–the death of a spouse.

So, as you consider how to go about that process, you probably have a whole bag of questions, insecurities, happy anticipation and maybe even some guilt.

Here are a few thoughts to help you during this transition.

Is the Time Right to Date After Losing a Spouse?

There’s something extremely important to realize: A time of healing needs to happen before dating again after the death of a spouse. That amount of time is different for everyone.

If you aren’t “healed” yet, you’ll bring this into any new relationship potentially causing significant problems. A hasty decision during an emotional time could also cause you to make a decision you’ll regret.

You’ll never be the same person you were before losing your spouse. That’s ok and something that, in time, you can have peace about. You can become a stronger person because of the struggles you went through.

Men tend to have fewer social connections and often feel the need to remarry sooner, sometimes even within months after a loss. Women tend to take longer and may wait for years to enter the dating scene again. But these are generalizations. You are unique and so your timing will show that.

Some never remarry. Those fine with such a decision shouldn’t feel the need to apologize or feel societal pressure to be someone they’re not.

Crocodile hunter, Steve Irwin’s widowed wife is a recent example of someone who has no plans to remarry. She had her time of love and is OK with being single now.

If you’re considering dating after the death of a spouse, you’re almost certainly dealing with emotional conflict.

On one hand, you feel some excitement about getting into the dating scene again. On the other, you feel some guilt. Dating again feels like unfaithfulness to your spouse.

These feelings are understandable after being in a committed relationship that may have spanned decades. They are very real feelings but not based in reality.

The reality is that your spouse, above all else, would want for you to be happy. If part of that happiness involves remarriage, a loving spouse would want what is best for you.

Your Date is Not an Extension of Your Deceased Spouse

It’s understandable and natural to think of your new date and potential spouse as an extension of your previous spouse. So much of your life was wrapped up in your spouse.

However, doing so would be detrimental to your new relationship. To expect your new date to be like your former spouse is unfair. It would set him or her up for failure.

A great illustration of this is found in the movie, The Patriot, starring Mel Gibson. Mel plays the role of Benjamin Martin who lost his wife and later fights for the US militia in the Revolutionary War.

At the end of the movie, Benjamin falls in love with his deceased wife’s sister, Charlotte. In one of the final scenes, Benjamin’s new love tells him, I’m not my sister.” Benjamin replies, “I know” but the viewer gets the idea he’s still coming to grips with this fact.

Just like it was a struggle for Benjamin Martin, it likely will be for you, too. Of course, it’s ok to bring up your former spouse from time to time. Just remember that you’re now dating a uniquely different person.

In conclusion, dating after losing a spouse is certainly not without its challenges. However, many have found meaningful and lasting love after experiencing profound grief.

If it is time for you to schedule your individual appointment, you can do so online using our online scheduling tool, call us at (949) 430-7269, or text us.

How to Stop Telling Your Partner He/She is Wrong (Even If They Are!)

February 16, 2018
Did you know that telling your partner they are wrong can be harmful to your relationship?…
Read More

November 15, 2015
No matter who you are, where you’re from, and what your background is, if you have…
Read More 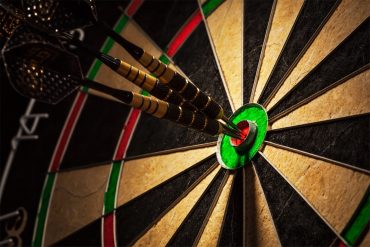 Can Your Female Friends Find Partners for You to Date

February 25, 2019
Wondering if your female friends can find you a date? The short answer is, “Sure, they…
Read More