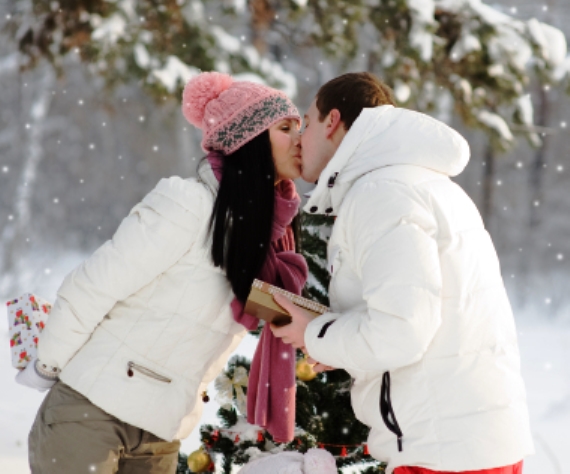 A woman we’ll call Jenny grew up in a family where celebrating holidays was halfhearted at best. Most Thanksgivings involved making a long drive to observe the holiday with her aloof grandparents and a bevy of cousins she barely knew. Christmas was met with little fanfare; there was the perfunctory tree with gifts underneath, but even then Jenny’s strongest memory was over family members grumbling disappointment under their breaths that they didn’t really get what they wanted. And when she was in high school and her parents got divorced, both traditions changed: she spent most holidays with other people’s families.

The holiday memories of Jenny’s husband, Trey, could not have been more different. He had a grandmother who seemed to live for the holidays, planning the menus and shopping for decorations and gifts up to a year in advance. Trey talks about her execution of perfect holidays so often that Jenny cringes every time his grandmother’s name was mentioned.

It’s hardly news that the holidays can be depressing for some. With so much pressure to be joyful, we often feel left out or inadequate when we don’t feel caught up in the spirit. When that discrepancy enters the home, though, it can cause a lot of misunderstanding and tension between partners with opposing expectations. In the case of Trey and Jenny, Trey tends to get caught up in the planning and decorating he hardly notices Jenny’s lack of enthusiasm. He also feels irritated by her failure to pitch in, leaving him to do all the work.

As with so many relationship conflicts, the first step toward resolution is having an open dialog. Jenny has to tell Trey that she doesn’t share his warm fuzzies about the holidays because they were never a happy time for her family growing up. She should, at the same time, be careful not to mock his enthusiasm and love of tradition; he’s just as entitled to those as she is to her bah-humbug leanings.

When one partner has a strong sense of tradition and the other does not, one thing to be wary of is letting the more enthusiastic person take over and impose their expectations on the other. While Trey feels he’s simply doing things a “normal” family ought to do to observe the season properly, Jenny feels resentful and defensive at being forced to partake in traditions that aren’t her own.

So what to do?

In cases like Jenny and Trey’s, there are at least two routes: One is to compromise, meaning Trey, who’s the better cook anyway, takes over the menu, while she agrees to decorate the tree if she’s willing and given free reign to do it her way — imperfections and all. And when relatives swoop in to start helping with the cooking and there are literally too many cooks in the kitchen (or just too many people in the house for her comfort), she’s also allowed to sneak off to a take some alone time, no questions asked.

The second suggestion is for the couple to create new traditions of their own —those that don’t belong to either person’s childhood but that they dream up together. Maybe it’s ordering Chinese food and playing Scrabble on Christmas Eve, or taking a walk in the snow early on Christmas morning. Use your imagination. The passing of holiday traditions from one generation to the next is a beautiful thing, but so is the creation of new ones that you can begin and enjoy together as a couple.

Talk it Out … Getting the Timing Right

April 7, 2014
How often have you had something on your mind that you needed to discuss with your…
Read More

Working Past Trust Issues in a Relationship

January 16, 2014
“Trust enables you to put your deepest feelings and fears in the palm of your partner’s…
Read More

November 17, 2014
If you ever watched “Seinfeld,” there’s a great episode where Jerry Seinfeld’s parents admit they can’t…
Read More