Why Nagging Your Mate Doesn’t Work 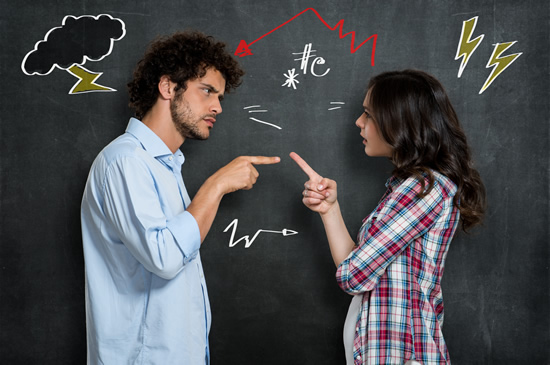 There are plenty of lies we buy into about relationships. Let’s face it, we’re all working to get better in that area.

One tempting misconception is that nagging a mate will encourage and motivate them to change for the good.

It actually causes the opposite. Why is this? Let’s explore what nagging really is and why it doesn’t work.

Simply put, nagging is an ongoing attempt to get someone to change but the attempt is carried out in a persistent, uncaring way.

A nagged mate feels demeaned, put down, treated like a child and attacked. This leads us to the first reason nagging doesn’t work.

Because of Human Nature

The natural human response to ongoing negative criticism is to rebel. This may be more commonly attributed to children but adults respond the same way.

A nagged mate won’t say, “You know, I finally see it. All along you were right!”

Instead, they’ll say, “You want to be mean? I can be mean too. You want to confront? Then I’ll just avoid.”

Since the nagging partner takes an adversarial role, for a nagged mate to give in to their critic would be to admit defeat. Human nature is to hold the high ground, not to grovel in this case.

Opposite Of What a Relationship Should Be

A good and healthy relationship is a shelter. It’s a safe place from the storms and “haters” of life.

When a mate is nagged, the one relationship that should be the safest and most supportive painfully becomes everything but that.

This inevitably leads to resentment, hurt feelings and anger. Some nagged mates live a miserable existence for years in this state.

Others quickly hit the eject button on a relationship like that. They search for someone who will be a safe, loving and admiring mate instead of a naysayer.

Here’s how the downward spiral works.

One mate nags their partner. The other partner resists, avoids, becomes frustrated or angry. The nagged person begins becoming more “nag-worthy” because they don’t want to conform.

Over time, the nagging cycle grows stronger and more destructive. The nagger feels it necessary to nag because their mate is failing so badly.

The nagged person no longer wants anything to do with their mate who, in many cases, has become the most difficult person in their lives to deal with.

Nagging isn’t fun for either mate. It’ll put both parties on the fast track to misery and greatly increase the chance of relationship failure.

Stop the nagging cycle by complementing your mate, talking openly about your struggles and by being more patient. You can also find an outside party to help you work through your frustrations in a healthy way.

You can break free from the nagging cycle one good choice at a time and experience a much higher quality of life in the process! Let us help. Schedule your appointment online using our online scheduling tool, call us at (949) 393-8662, or text us.

Why What I Admire In You Also Says Something About Me

September 15, 2017
If you ask 100 different people who they admire most and why you’ll get dozens of…
Read More

April 1, 2014
When people fall in love and begin to consider marriage, nothing seems less romantic than discussing…
Read More