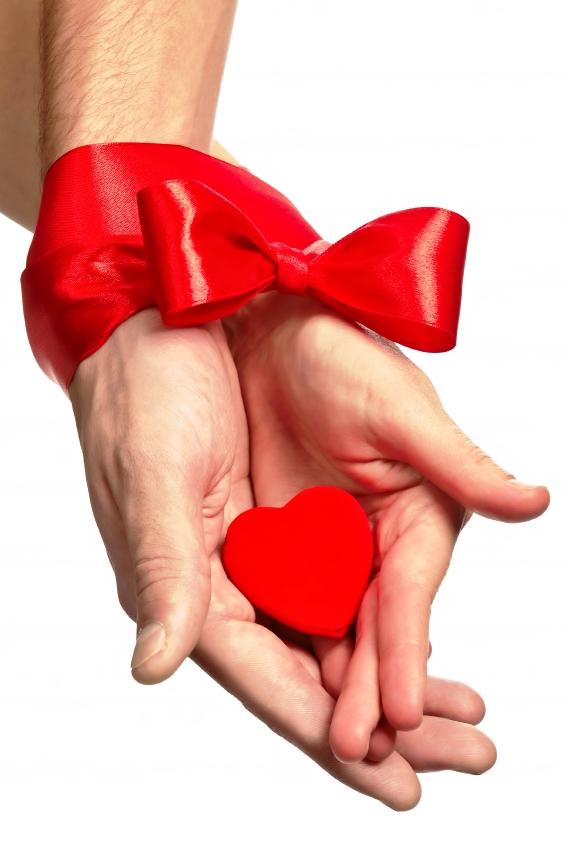 For it was not into my ear you whispered, but into my heart. It was not my lips you kissed, but my soul. ~ Judy Garland

Valentine’s Day: Love it or hate it, you can’t avoid it. It seems the moment stores put away their Christmas merchandise, it’s replaced by aisles of Valentine cards, chocolate and heart-festooned teddy bears. Your email stuffed with reminders from your local florist urging you to get your order in early. Even kids are expected to pick up one of those ubiquitous boxes of cheap Valentines to exchange with their classmates while munching on pink-frosted cookies. The indoctrination begins early!

Maybe It’s Not All It’s Cracked Up to Be

Of course, crass commercialization is a common complaint about all the holidays we observe. The sense that we need to buy something in order to properly celebrate always seems to overtake the original spirit of the holiday. Valentine’s Day is a perfect example.

It’s problematic on a few other levels, as well. For one, it’s hugely annoying—if not downright offensive—to single people, who are likely to feel left out in the cold when they stop by the market on February 14 for a few groceries and find themselves confronted by dozens of procrastinators queued up in the check-out aisle clutching last-minute rose bouquets.  Moreover, is it really any more exciting for those bouquet-bearing men (and women)? When you’re buying or receiving a gift that seems mostly to serve as fulfilling an obligation that is advertised in every store window, it’s just not as special as an affectionate gesture that comes when least expected.

It’s the Thought That Counts

That’s not to say there’s anything wrong with following what can be, after all, a fun tradition of presenting a romantic gift to your partner on February 14. However, for sheer spontaneity and reminding your partner how much they mean to you, remember that Valentine’s Day comes but once a year, while thoughtful gifts, gestures and words have nothing to do with a date on the calendar.

In fact, no matter how many gifts we give to commemorate holidays, birthdays and anniversaries, I still think the “just because” gestures are by far the best. They never have to be grand or expensive—just thoughtful.

These gestures not only show that you’re always thinking of your partner but that you know them better than almost anyone. It shows that whatever small effort you made, you made it without any prompting at all.

Is Your Partner the Marrying Type?

December 15, 2016
Interested in marriage but unsure if your partner will make a good marriage partner? It’s always…
Read More

May 23, 2013
When you and your mate have a difficult decision to make, do you typically (a) discuss…
Read More

Feeling Trapped in a Relationship? What to do…

Misti Nicholson
06:30 07 Feb 18
The Relationship Center of Orange County is an excellent resource. Casey and her team are top notch. If you would like to improve your relationship this is the place to go!read more
Paul Hamilton
03:47 20 Feb 18
Casey Truffo is an amazing professional who has assembled a seasoned staff ready to help you. Love the attention to ensuring a good fit, which is essential to successful treatment. Bravo!read more
Ayelet Krieger
17:40 10 Jan 18
If you are struggling with relationships concerns, the OC Relationship Center is the place for you. Their expert clinicians focus specifically on relationships, and are skilled in couples therapy. This practice is run efficiently, so in addition to the therapy itself, the experience of being a client here is smooth and accessible. Highly recommended!read more
Chris Chandler
14:31 06 Jan 18
Casey Truffo is incredibly warm, compassionate, and helpful! I have enjoyed getting to work with her and experience her wealth of insight and direction. I would highly recommend her services to anyone looking for help in their relationships!read more
April De Higes
01:58 04 Jan 18
This place is very welcoming. All the therapist are experienced, warm and caring, and effective. They work will all issues from couple communication struggles, to depression and anxiety. As a therapist myself, I happily refer to all the therapists in this office.read more
Jennie Steinberg
06:38 04 Jan 18
OC Relationship Center is a wonderful group practice. They take wonderful care of their clients, and help couples to thrive! I highly recommend them to anyone seeking therapy to help heal and improve their relationships.read more
Risa Ganel
16:35 09 Apr 18
The Relationship Center of Orange County is the place to turn to when you are struggling in your relationships and want compassionate, caring, highly trained support to help you resolve conflicts and have more fulfilling connections. I have worked with Casey Truffo throughout my years as a therapist and I know first hand of her integrity, dedication, compassion and skills. Orange County is lucky to have the Relationship Center as part of their community where couples and families can be not just supported, but transformed.read more
Joe Taylor
16:30 19 Apr 18
The Orange County Relationship Center is a group of friendly and helpful therapists. They have a great deal of experience and are very skilled. No matter what you or your loved ones are struggling with, they can help. I highly recommend them.read more
Lisa Ottenhoff
19:21 06 May 18
The Relationship Center of Orange County is truly a great resource for those who desire support and guidance with issues relating to their relationships whether it be with their spouse, partner or family member. In my opinion, they provide high quality therapy services and I highly recommend them.read more
Jennifer Costanza
16:19 26 Mar 19
The Relationship Center offers the hours you need, skilled therapists and an inviting and warm atmosphere. If your relationship is struggling or just needs a tune up, I highly recommend them.read more
Hans Ewert
01:58 04 Dec 19
Casey is a top notch professional and helped me through a devastating breakup
Ana Maria Sierra, Ph.D.
04:58 15 Mar 16
I have known Casey Truffo professionally for some time. She is a highly experienced, warm, and compassionate psychotherapist who places the heart at the center of her group practice. You can be certain that you will be made to feel welcomed and well taken care of either by Casey and her staff of seasoned professionals. I would also like to add that Casey is a recognized leader and mentor to many, both nationally and internationally. So, if you are seeking an understanding and approachable counselor who can help you have a more satisfying and healthier relationship, be it with your partner, your child, or with yourself, I recommend that you contact Casey now.read more
Nadia Jones
06:43 26 Oct 15
I have known Marni Reinhardt for the last 12 years. I have seen her bloom as a therapist and grow in her skills from the beginning. She can add so much into her work through her special training in hypnosis and relational issue as well as Evidence Based Practice Models. She is a caring, compassionate, and direct therapist who loves her work and more than anything to help. I highly recommend her!read more
rachel chrisman
03:01 17 Feb 21
I am forever grateful for this service, and especially to Brittany Rizzo!!!Before the pandemic I knew I had some things in my mind/heart that I wasn't ready to, nor could have found the bottom of...After loosing work, as a waitress, life was not getting any easier...She kindly and patiently helped me dig into what I thought as a Tornado of problems!!!One session at a time I was given validation...Validation for my feelings, emotions, and reactions to the situations in my life...If you think you're going down a dark or troubled road, it's ok to ask for help!!!And it's even more important to invest in your self growth!!!We're all just human, and we all deserve a nonjudgmental approach to our harsh feelings about our lives and our thoughts...She taught me how to practice self kindness, how to practice breaking through my metaphorical Brick walls I created for years, and of course encouragement to feel strong enough to be me again...She changed my life and I might not have been able to share this story with you all if it wasn't for her... She is also just a human, but she's made me a better person than I thought I could be...For this, I am never going to forget her & what she had done for me!!! I hope that anyone who might be considering getting help to take at least this one step, for YOU!!!read more
See All Reviews Write a review