The Pressure to Be “Manly”—How that Affects Our Relationships 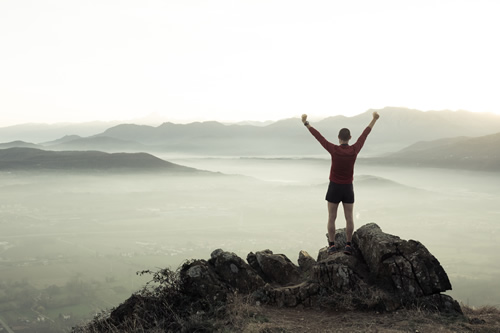 What should you do with our culture’s pressure to be manly? The first step is to decide what really is manly instead of things we’re only told are so.

Manliness is the best thing for our relationships. True manliness, that is.

The problem is that much of what is packaged as manliness has nothing to do with what it means to be a real man.

Let’s look at a few examples of what has nothing to do with being a real man. Then, we’ll follow up with thoughts of what a real man looks like.

If you judge manliness by superficial things, you’ll strike out every time in coming up with the real thing.

Some men think being a complete jerk makes them manly. The art of being a jerk is the umbrella that virtually all fake manliness falls under.

There’s a saying that suits this occasion quite well:

“Rudeness is the weak man’s imitation of strength.”

Cut-throat business deals, the flaunting of wealth, verbal abuse, sleeping around on your mate and similar things don’t make you a man.

They actually erode true manliness. Little by little, you become less of what you were meant to be.

If you spend any time in thought, there’s something in your heart you want to rebel against.

The superficial measuring stick of outward success, having the prettiest girl, or being physically tough isn’t really doing it for you.

If you’re feeling the pressure to be the sort of man described in this section, just walk the other way. That’s the kind of stuff that gives men a bad name.

My guess is that if you’ve read this far, you’re after more than being a jerk or superficial success.

You want something more and so do those around you.

People don’t want the Hollywood version of manliness. They want something that works in real life.

If you attempt the fake version, your relationships will struggle and it’s no small wonder why.

The Pursuit of True Manliness

Ready for a shocker? The truest form of a man has nothing to do with how fancy your car or house is or how “perfect” your family is.

If all those things were taken from you in a moment, what is left would either prove or disprove your manliness.

True manliness is strong, yes, but at its base, it boils down to a loving person fused with that toughness.

True manliness is character—something that couldn’t be taken from you even if you were locked in a concentration camp.

It’s the active love for humanity that lives in your soul. It is something you can continually grow and improve upon.

True manliness is visiting your mom in the nursing home when you’re busy, having integrity in business deals even when you lose money and staying faithful to your mate even when badly tempted not to be.

If you exercise true manliness, your relationships will grow.

Best of all, no one and nothing can take true manliness from you.

If the pressure to be a man is grounded in reality, listen to that pressure. Don’t let it weigh you down. Just take small steps towards the goal.

If the pressures to be manly are rooted in fake manliness, take that junk and throw it in the dumpster. If it is time for you to schedule your couples counseling appointment online using our online scheduling tool, call us at (949) 220-3211, or text us. 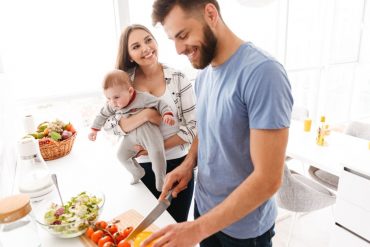 Cognitive Behavioral Therapy for Anxiety and Its Benefits

December 8, 2020
Have you ever wondered if cognitive behavioral therapy for anxiety could improve your life? This question…
Read More 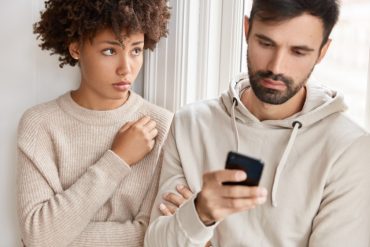 Feeling Alone in a Relationship? Some Steps to Take

April 1, 2020
Are you feeling alone in a relationship lately? If so, it can seem like one of…
Read More

Misti Nicholson
06:30 07 Feb 18
The Relationship Center of Orange County is an excellent resource. Casey and her team are top notch. If you would like to improve your relationship this is the place to go!read more
Paul Hamilton
03:47 20 Feb 18
Casey Truffo is an amazing professional who has assembled a seasoned staff ready to help you. Love the attention to ensuring a good fit, which is essential to successful treatment. Bravo!read more
Ayelet Krieger
17:40 10 Jan 18
If you are struggling with relationships concerns, the OC Relationship Center is the place for you. Their expert clinicians focus specifically on relationships, and are skilled in couples therapy. This practice is run efficiently, so in addition to the therapy itself, the experience of being a client here is smooth and accessible. Highly recommended!read more
Chris Chandler
14:31 06 Jan 18
Casey Truffo is incredibly warm, compassionate, and helpful! I have enjoyed getting to work with her and experience her wealth of insight and direction. I would highly recommend her services to anyone looking for help in their relationships!read more
April De Higes
01:58 04 Jan 18
This place is very welcoming. All the therapist are experienced, warm and caring, and effective. They work will all issues from couple communication struggles, to depression and anxiety. As a therapist myself, I happily refer to all the therapists in this office.read more
Jennie Steinberg
06:38 04 Jan 18
OC Relationship Center is a wonderful group practice. They take wonderful care of their clients, and help couples to thrive! I highly recommend them to anyone seeking therapy to help heal and improve their relationships.read more
Risa Ganel
16:35 09 Apr 18
The Relationship Center of Orange County is the place to turn to when you are struggling in your relationships and want compassionate, caring, highly trained support to help you resolve conflicts and have more fulfilling connections. I have worked with Casey Truffo throughout my years as a therapist and I know first hand of her integrity, dedication, compassion and skills. Orange County is lucky to have the Relationship Center as part of their community where couples and families can be not just supported, but transformed.read more
Joe Taylor
16:30 19 Apr 18
The Orange County Relationship Center is a group of friendly and helpful therapists. They have a great deal of experience and are very skilled. No matter what you or your loved ones are struggling with, they can help. I highly recommend them.read more
Lisa Ottenhoff
19:21 06 May 18
The Relationship Center of Orange County is truly a great resource for those who desire support and guidance with issues relating to their relationships whether it be with their spouse, partner or family member. In my opinion, they provide high quality therapy services and I highly recommend them.read more
Jennifer Costanza
16:19 26 Mar 19
The Relationship Center offers the hours you need, skilled therapists and an inviting and warm atmosphere. If your relationship is struggling or just needs a tune up, I highly recommend them.read more
Hans Ewert
01:58 04 Dec 19
Casey is a top notch professional and helped me through a devastating breakup
Ana Maria Sierra, Ph.D.
04:58 15 Mar 16
I have known Casey Truffo professionally for some time. She is a highly experienced, warm, and compassionate psychotherapist who places the heart at the center of her group practice. You can be certain that you will be made to feel welcomed and well taken care of either by Casey and her staff of seasoned professionals. I would also like to add that Casey is a recognized leader and mentor to many, both nationally and internationally. So, if you are seeking an understanding and approachable counselor who can help you have a more satisfying and healthier relationship, be it with your partner, your child, or with yourself, I recommend that you contact Casey now.read more
Nadia Jones
06:43 26 Oct 15
I have known Marni Reinhardt for the last 12 years. I have seen her bloom as a therapist and grow in her skills from the beginning. She can add so much into her work through her special training in hypnosis and relational issue as well as Evidence Based Practice Models. She is a caring, compassionate, and direct therapist who loves her work and more than anything to help. I highly recommend her!read more
rachel chrisman
03:01 17 Feb 21
I am forever grateful for this service, and especially to Brittany Rizzo!!!Before the pandemic I knew I had some things in my mind/heart that I wasn't ready to, nor could have found the bottom of...After loosing work, as a waitress, life was not getting any easier...She kindly and patiently helped me dig into what I thought as a Tornado of problems!!!One session at a time I was given validation...Validation for my feelings, emotions, and reactions to the situations in my life...If you think you're going down a dark or troubled road, it's ok to ask for help!!!And it's even more important to invest in your self growth!!!We're all just human, and we all deserve a nonjudgmental approach to our harsh feelings about our lives and our thoughts...She taught me how to practice self kindness, how to practice breaking through my metaphorical Brick walls I created for years, and of course encouragement to feel strong enough to be me again...She changed my life and I might not have been able to share this story with you all if it wasn't for her... She is also just a human, but she's made me a better person than I thought I could be...For this, I am never going to forget her & what she had done for me!!! I hope that anyone who might be considering getting help to take at least this one step, for YOU!!!read more
See All Reviews Write a review