Is Your Partner’s Texting Hurting Your Relationship? 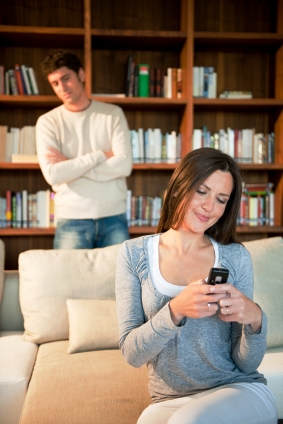 With social media nearly omnipresent in our lives, the technology has sometimes outpaced common sense when it comes to understanding how being in constant contact with others can intrude on our most intimate relationships.

Let’s imagine a couple, Martha and Fred, whose experience demonstrates the potential pitfalls. Social and chatty by nature, Martha has a lot of friends, male and female alike. Fred has always admired Martha’s outgoing personality, but lately, what seems like constant beeping from her phone has been getting on his nerves. One night he finally asks her, “Who are all of these messages from?” She picks up her phone, reads the latest and replies, “Oh, that’s Dan—he’s a dad from our daughter’s preschool class.” Naturally, Fred would like to know what Dan is texting about; Martha replies that he was just suggesting an article she might be interested in reading.

While Dan-the-dad-from-preschool might be sending a perfectly innocuous text, Fred might feel very uncomfortable with the idea of another man feeling free to chat up his wife at any hour of the day or night.

There are a lot of reasons why one’s texting habits can bother his or her partner, especially when it involves someone of the opposite sex. But what I’d like to focus on is the importance of how—and how quickly—Fred and Martha each respond to this fledgling point of tension between them.

It is imperative that Fred express his concern about his wife’s texting the moment it begins bothering him, because Martha might never have guessed it was a problem.  First, he might point out that her texting habits make him feel that their personal time together is not important to her. Second, when he discovers that at least one of the texters is a man, he should state simply and calmly that this makes him uncomfortable.

He owes it to Martha to give her the benefit of the doubt that the texts are innocent and give her the chance to show that she respects his concerns, rather than letting things build up until he’s so angry and/or jealous that he assumes the worst, makes angry accusations or even begins monitoring her phone. If that happens, trust issues will run rampant in both directions.

Once Fred has expressed his feelings, the ball is in Martha’s court. She might feel that he’s overreacting or even be perplexed by his concerns. But this isn’t so much time for debate as a chance to show respect for Fred’s feelings and appreciation for his honesty—rather than accusing him of overreacting or being a jealous nut.

Together, Fred and Martha need to come to an understanding of what truly feels comfortable for both of them, which might include setting a curfew for texting. She can inform her friends that they’ve made a family decision not to read texts in the evenings, so if they need to reach her immediately, they should call.

When it comes to Dan and other texters of the opposite sex, she may have to set stronger ground rules. She could tell any man who wants to text her that she’s decided she spends too much time in the company of her smartphone and wants to limit texting to emergencies. It’s a little white lie if she’s setting different ground rules for her girlfriends, but it solves the problem without appearing to be rude.

Addressed early, effectively and openly, this is an issue that can be resolved in a positive way for Martha, Fred and the relationship itself. And if that means Martha cuts her texting with males and females alike down to a fraction of what she’s accustomed to, she might find that she actually enjoys her new freedom from the phone. Meanwhile, Fred appreciates Martha’s respect for his feelings and swift response to address the problem. And together they’ve beat back a potentially spiraling resentment in their relationship, which is always something to celebrate.

If you are considering couples counseling, let the counselors at Relationship Center of Orange County help you.  Schedule your appointment online using our online scheduling tool, call us at (949) 393-8662, or text us.

February 20, 2014
” I feel that telling my secrets makes me less vulnerable. What would make me vulnerable…
Read More 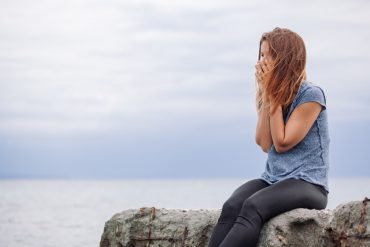 Things to Think About Before You Move In Together

May 10, 2016
Making the decision to move in together is a really big step in any relationship. If…
Read More